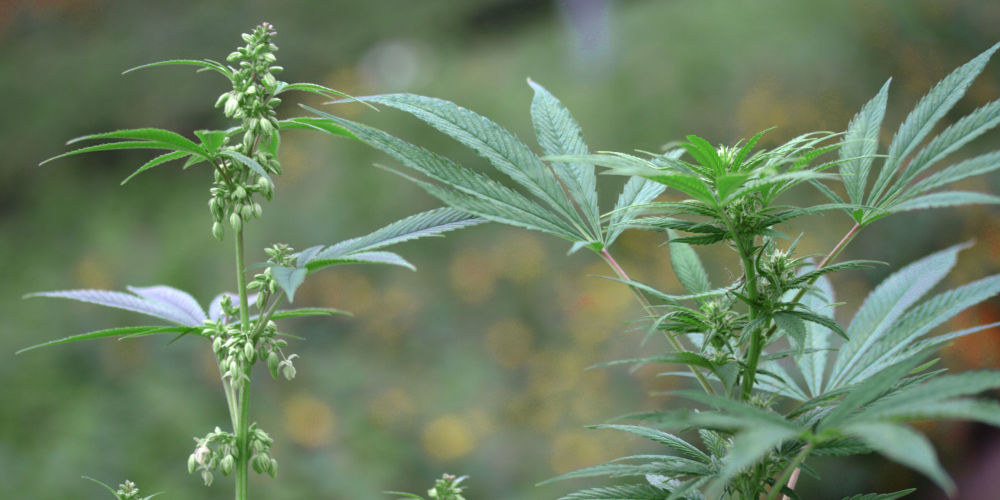 One important feature to know about the hemp plant that differs from many other widely grown agricultural crops is that it is dioecious, meaning individual plants are either distinctly male or distinctly female. Depending on your specific goal, not knowing how to tell the difference between male hemp plant and female hemp plant can cost you.

Growing Hemp for Flower and Extraction

Farmers that growing specifically for flower and cannabinoid production, like CBD or CBG, will not want a single male plant in their field or any neighboring fields. Male plants produce flowers that contain pollen. Pollen can travel many miles when carried by the wind. In the event of large storms, it can travel even further. Once a female hemp plant is pollinated, it will stop producing the cannabinoids desired for flower and oil production and it will start producing seeds. This can ruin a crop and result in very low percentages of CBD and other cannabinoids.

Hemp for Seed and Fiber Production

Hemp crops designated for seed and fiber production, on the other hand, require at least one male to pollinate the field to produce seed. It only takes a few male plants to pollinate an entire acre of female plants, so an over abundance of male plants is a waste of valuable real estate that can be occupied by seed producing female plants. It is also better to pollinate by hand by growing male plants in an enclosed greenhouse and collecting the pollen they produce. Then evenly distributing the pollen, either by hand or mechanical means, among the field. This ensures all the female plants get pollinated and with enough pollen to produce the maximum amount of seeds.

Female hemp plants produce fine white hairs at nodes where larger flowers will form as it goes through its flowering cycle.

Determining the Sex of a Young Hemp Plant is Very Difficult

It is nearly impossible to distinguish between male and female hemp plants when they are young. Only during the flowering cycle will hemp plants begin to show distinct male or female parts. (in some rare cases, some may even produce both male and female parts) Lab tests that are available to determine the sex of a plant when it is young, however, it is usually not feasible to test thousands or tens of thousands of plants that can be in a field. There is a very short window of a week or two from the point male flowers start to form and when they open up and release pollen. If you have a keen eye and attention to detail, most unwanted males can be spotted and removed before they release pollen. This can be a very difficult and labor intensive task as all the plants may not enter the flowering cycle at the same time and consistent checking is required to ensure all males are found and removed.

If caught early enough, a male plant can be removed before it has a chance to release any pollen. It takes a keen eye, persistent checking, and little bit of luck to spot a male in a sea of hemp plants. This manual task becomes much more difficult when you must spot every single male plant in a very short period of time. For a large crop, this can become nearly impossible as missing even a single male plant can be disastrous for a harvest. Be aware. know your plants. know the signs. know the differences. not knowing can cost you.